On Thursday, March 23, 2017 Amy Bleuel, the creator of project semicolon died by 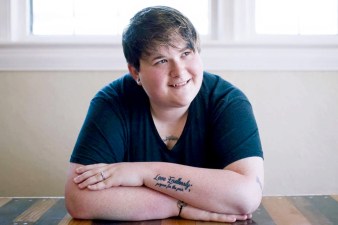 suicide.  For those who are not familiar with project semicolon, it is a movement where people wrote or tattooed a semicolon on their body as a way of reminding themselves that their story is not yet over.  In 2015, Amy told The Mighty, “In literature, an author uses a semicolon to not end a sentence but to continue on.  We see it as you are the author and your life is the sentence.  You’re choosing to keep going.”  Amy Bleuel’s semicolon project saved countless lives and brought a great amount of awareness to the issue of suicide.

I recently wrote about suicide, but did not include some very vital information.  Namely, what are the warning signs of suicide and what can you do if you or someone you know is thinking about suicide.

What to do if you are feeling suicidal:

What to do if someone you know is thinking of suicide:

As Amy Bleuel’s death highlights, suicide is not a joke.  Suicide is a terrible reality that affects so many people.  It is the second leading cause of death for those ages 15-34.  Suicide among men in their fifties has risen 50% from 1999 to 2010.  On April 22, 2016, the New York Times reported that the U.S. suicide rate was at a 30-year high.

Amy Bleul and the countless others who have died by suicide are not just statistics, they are people.  Amy Bleul, thank you for all you did in your life.  I know I will never look at a semicolon as simply a piece of punctuation again.

Recommendations for Reporting About Suicide

The Mighty Reporting on Amy Bleuel

Don’t Stigmatize Me explores issues related to mental illness and substance abuse and the stigma associated with them.